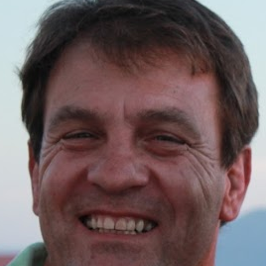 Deon van der Westhuizen
Internal Audit
(0 review)
R1,040.00
The King IV Report on Corporate Governance for South Africa 2016 (King IV) emphasises the vital role of an audit committee in ensuring the effectiveness of the organisation’s assurance functions and services, with particular focus on combined assurance arrangements, including external assurance service providers, internal audit and the finance function, and the integrity of the annual financial statements and other external reports issued by the organisation.
R1,040.00

What the Audit Committee Needs to Know

An effective audit committee is the cornerstone of a well-governed organisation, and independence is a key prerequisite.

It is no surprise that the oversight of an organisation’s financial controls, assurance and reporting should be one of a governing body’s most important tasks and that it should delegate this key responsibility to a specialised and independent committee.

While some organisations are required to appoint an audit committee by statute, the King IV Report on Corporate Governance recommends that, as leading practice, any organisation that issues financial statements should consider establishing such a committee.

Given the importance of what audit committees do, it is thus critical that governing bodies pay close attention to how they are constituted and how they function. Members of governing bodies should also remember that, as is true in all cases where authority and responsibility are delegated, the governing body itself is ultimately accountable.

King IV offers a series of recommendations designed to help governing bodies achieve the outcomes of Principle 8: The governing body should ensure that its arrangements for delegation within its own structures promote independent judgement, and assist with balance of power and the effective discharge of its duties.

King IV defines an audit committee’s role as providing independent oversight of two key areas, among others: the effectiveness of the organisation’s assurance functions and services, and the integrity of the financial statements.

Open chat
Powered by
Hello 👋
Can we help you? Please send a whatsapp for quick responses