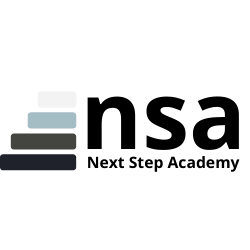 Two new independent reports have been published which assess the financial stability, and governance of South Africa’s municipalities.  The Municipal Financial Stability Index published by Ratings Afrika, assesses how the country’s municipalities manage their money, and how this impacts service delivery in those areas. The group defines financial stability as the ability to deliver services, develop and maintain the infrastructure required by its residents without unplanned increases in rates and taxes or a reduction in the level of services.

It also means a municipality is able to absorb financial shocks caused by external factors, without needing financial assistance from third parties. To determine the top and bottom performers in this index, Ratings Afrika assessed the financial statements of municipalities to June 2018, as reported to National Treasury.  Worryingly, the 2018 index found that most of the municipalities in South Africa are in financial distress, lacking proper budget planning and not exercising adequate fiscal discipline, with expenses exceeding income and resulting in losses.

“Only 23 municipalities from the sample of 100 have reported operating surpluses, with the remaining 77 reporting operating deficits,” Ratings Afrika said. “The combined profits of those with a surplus amount to only R1.4 billion, whereas the combined losses amount to R13.3 billion.” Further, the combined working capital shortfall for the sample was R23 billion – making it almost impossible for these municipalities to provide any services, it said.

“This might lead to a total breakdown in service delivery, with catastrophic consequences for residents and businesses, which in turn could encourage political unrest.” Looking at specific areas, the weakest provinces are Free State and North West, with average scores of 17 and 24 respectively. The majority of the municipalities in these provinces are in serious financial trouble, the group said.

The Western Cape, with an average of 63, is the highest scoring province and it is also the province that has improved the most over the last five years, from 52 in 2014 to 63 in 2018. Western Cape is the only province whose governance practices are considered to be sound.

The tables below show the best and worst municipalities in each province:

A second report, Government Performance Index for 2019, comes from think-tank Good Governance Africa (GGA). GGA’s index ranks 213 local municipalities from best to worst based on how they deliver across three main indicators: quality of administration, economic development, and service delivery. In the group’s analysis it looked at whether a municipality has enough skilled personnel to manage the running of the area, and how it delivers on services like providing water, sanitation, education, electricity, housing, waste removal, healthcare and policing.

According to Ratings Afrika, the South African municipal sector is currently facing collapse – and correction will require decisive political leadership that looks after the interests of the residents including that of the business community. “This is the main cause of the deteriorating financial sustainability of the municipal sector in South Africa,” it said.

This website uses cookies to improve your experience while you navigate through the website. Out of these cookies, the cookies that are categorized as necessary are stored on your browser as they are essential for the working of basic functionalities of the website. We also use third-party cookies that help us analyze and understand how you use this website. These cookies will be stored in your browser only with your consent. You also have the option to opt-out of these cookies. But opting out of some of these cookies may have an effect on your browsing experience.
Necessary Always Enabled
Necessary cookies are absolutely essential for the website to function properly. This category only includes cookies that ensures basic functionalities and security features of the website. These cookies do not store any personal information.
Non-necessary
Any cookies that may not be particularly necessary for the website to function and is used specifically to collect user personal data via analytics, ads, other embedded contents are termed as non-necessary cookies. It is mandatory to procure user consent prior to running these cookies on your website.
SAVE & ACCEPT